The first capacity for the 2015-2016 citrus season expected to produce 1,733,119 tons in Andalusia, 11.2% less than the previous year and 6% less than the average of the last four, as announced in Sevilla the Minister of Agriculture, Fisheries and Rural Development, Carmen Ortiz.

The representative of the regional government has stressed that despite these initial estimates, marked by the high temperatures that have caused the most productive potential is not reached, “we must be cautious because it is a campaign that lasts until June, with wide range of variation, “he assured. The Minister gave as an example “Recent rains earlier this week, which are not covered by these data, which could cause actual results.”

According to these forecasts, which the Ministry has unveiled the industry before the news conference at a meeting of the Board of Andalusia Citrus, production has experienced a general decline throughout Spain, but the decline is smaller in Andalusia that recorded in the national assembly, with an estimate could be around 5.7 million tonnes, 19.2% less than the previous harvest. Has been even sharper decline in the other two major citrus producing areas, Valencia and Murcia, where he is expected to decline by 22.3% and 23.3%, respectively.

By species for the sweet orange, whose production accounts for 71.9% of total citrus crop is forecast 1.2 million tons, 9.6% less than in the previous year; Tangerine followed with 364,791 tons (-8.7%) and lemon, with 85,227 tonnes (-33.6%). Despite this overall decline, production of mandarins experienced an increase of 30% in the province of Seville and Almeria 6% thanks to the introduction of new plantations.

The Minister also stressed that for this campaign, the Ministry manages a workforce forecast 6 million jobs, of which 65% are concentrated in work collection.

Andalusia is the second region of citrus production, behind Valencia. Currently, round surface 85,000 hectares, 25% of the national total.

To advance the development of this production, in which participated the provincial delegations, the Bureau of Land Management and Fisheries of Andalusia, the District Agricultural Offices and the industry itself, the Ministry of Agriculture, Fisheries and Rural Development has analyzed data resulting from sampling performed between the months of August and September, 1,434 plots with a total area of ​​2783.12 hectares.

The objective of the Ministry with the realization of this capacity is to present more detail the behavior of each species variety in each province. Therefore, the Andalusian estimate includes not only production figures by province and species (mainly sweet orange, tangerine and lemon) but also by variety within each species.

The methodology is based on Area and Yield Survey developed by the Ministry of Agriculture, Food and Environment based on the method of area frame that harmonizes the data supplied by the different autonomous communities.

Carmen Ortiz has highlighted as one of the main challenges of the citrus sector “improve marketing and export” because “only” sold abroad 16% of production, only 310,000 tons. Germany, France, the Netherlands and Portugal are the countries that account for these exports.

The main destination of the Andalusian citrus is the domestic market, where more than 1.3 million tons consumed, reaching a value of over 1,250 million euros. As for imports, Andalusia purchase worth 5.7 million euros, 7,463 tons of citrus, mainly from Morocco, Portugal, South Africa and Chile.

The value of production at source in 2014 reached 672 million euros, with an upward trend of the last seven years despite fluctuations in recent seasons.

Source: Ministry of Agriculture of the Andalusian 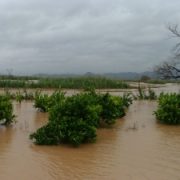 Greening, the new threat of the Spanish citrus 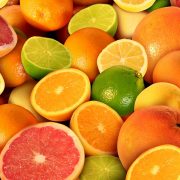 The Global Citrus Congress will take place on November 5 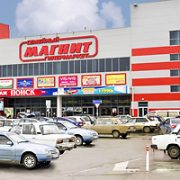 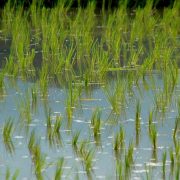 Spain: AVA ASAJA warns that the agreement with Mercosur threatens the stability of the Valencian rice sector