LAFER organized by the Foundation and the University of Nebrija, the fifth edition of the Master in Business Management Agrifood ended with the closing ceremony and was preceded by the Conference on the “30th anniversary of the Common Agricultural Policy in Spain: Challenges and Opportunities”, held in collaboration with Foro Interalimentario.

The head of the Ministry of Agriculture, Food and Environment (MAGRAMA) congratulated in person by students finalize that is aimed at working professionals. If for scheduling reasons the minister has failed to close the event, it was the secretary of Agriculture, Jaime Haddad, who has represented the Ministry of Training Program which is part of the Master. Haddad stressed that “the Master in Management of food companies has helped improve the outlook for the industry” and in this context, has valued highly the organization of this Master and stressed the need to enhance the knowledge and training makers agri-business decisions. The Master in Business Management Agrifood (MGEA) is organized by the LAFER and Nebrija University Foundation and is part of the Training Program MAGRAMA.

Also, Haddad stressed that the food industry is strategic to the country for its economic value, providing more than 8% of GDP, given the generation of employment, its export capacity and its great dynamism to innovate and adapt to changes and needs that are demanded.

In closing, Manuel Lamela, president of the Foundation LAFER Master pointed out that this would not be possible without the support of big business leaders and industry organizations, many of whose representatives have come today to this event. For its part, the rector of the University Nebrija, Juan Cayon after congratulating the new graduates and their families has said that “it is imperative that the university is integrated into the society it serves and the University of Nebrija we very gala our contribution in this direction, which results in high levels of employability of our students. ”

Prior to the closing, it was held the conference “30 years of the Common Agricultural Policy (CAP) in Spain: Challenges and Opportunities”, held in collaboration with Foro Interalimentario which opened Carlos Cabanas, Secretary General of Agriculture and Food. Cabanas has valued highly the sector’s ability to open up European markets and adapt to a globalized market, increasing exports. Proof of this is manifested in the last four years the balance of international agri-food trade has increased by 324%, with an annual export value of 40,830 million euros. As a result of these positive developments, the Secretary-General recalled that we are the eighth largest exporter of food worldwide, and an international benchmark for quality and food safety.

Fernando Miranda, general director of Production and Agricultural Markets MAGRAMA, stressed in his speech the need for a glimpse of the challenges facing the future CAP post 2020. Miranda said the difficulties will maintain CAP funding, and it considered that few states, including France, Spain and Portugal will struggle to keep the budget in this section. Victor Yuste, Foro Interalimentario CEO, which brings together 25 leading companies in the food processing and distribution in Spain, stressed that a strong primary sector is essential for the food industry. Regarding the food chain, Yuste mentioned the need to make it viable without weakening any link, “we have to benefit jointly” he added.

The ensuing discussion table has been built by Josep Puxeu, CEO of ANFABRA, José Manuel Silva, former Director General for Agriculture of the EC, and Cesar Lumbreras, director of Cadena Cope Agropopular, being moderated by Jorge Jordana, Minister of the Presidency IFLA and director of MGEA. Among the main conclusions are drawn is that the sector must “produce more and better in a world where it is expected to significantly increase food needs, given the increasing population.” Meanwhile, Silva in relation to his previous position as Director of Research at the EC has emphasized that Spain is well placed in agricultural research, and is one of the ways in which to bet.

Finally, Lumbreras has indicated that it should monitor a number of factors to ensure the continuity of the CAP, including listening to society, pay more attention to the fight against climate change, speculation and monitor primary markets According to third countries, for their impact on the Common Agricultural Policy. 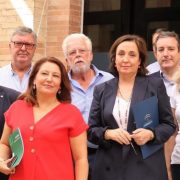 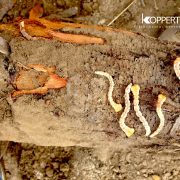 Troyan®, the new biological solution of Koppert against the plague of the headworm of the almond tree 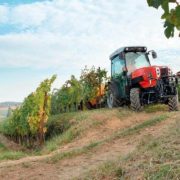 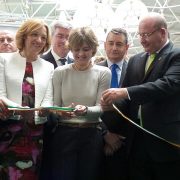 AVA-ASAJA: "the ruinous watermelon campaign shows the failure of the CAP to stabilize markets" 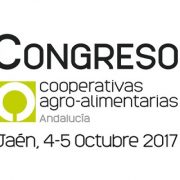 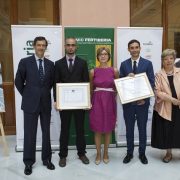 Arysta LifeScience, for the first time at Fruit Attraction