One of the ten world leaders in crop protection is released at the next edition of Fruit Attraction, the International Fair of Fruit and Vegetables held in Madrid (IFEMA) from 28 to 30 October, in particular, Arysta LifeScience Iberia Iberia Agriphar before.

Arysta LifeScience is the company resulting from the merger of three companies: AGRIPHAR, Chemtura AgroSolutions and Arysta LifeScience, acquired by the multinational Specialty Products Platform in the last quarter of 2014, and began operating under the image of Arysta

“Fruit Attraction is one of the most important trade shows in which important developments and attending a large number of professionals, so Arysta LifeSciencie presented could not miss,” said Clara Narrillos, Director of Marketing and Development Arysta LifeScience to Spain and Portugal.

In addition, Narrillos said that “we will be present in a stand of 36m2 at number 9 IFEMA pavilion, which will show our latest products and integrated after inclusion of Arysta LifeScience A in New Iberia. On the stand we have the presence of Arysta director for Spain and Portugal, Javier Coronado, and the entire sales team that integrates this delegation.”

New image and its broad portfolio

It is the first time that Arysta LifeScience (belonging to the company Platform Specialty Products Corporation) participate in this important event, which, in addition be in the new image with operating since early this year, show also the new product portfolio in which major developments are included in as for specialties in crop protection.

For this first presentation to the Arysta LifeScience sector, the company estimates the daily visit of more than 500 people between suppliers and customers to your stand, who know firsthand the broad portfolio of products, which includes more than 250 active ingredients and more 6,500 products registered in all the world exclusive products of agrochemicals (herbicides, fungicides and insecticides), biosolutions (biostimulant and biocontrol products), seed treatment, etc.

“Resulting from this integration, Arysta LifeScience get greater flexibility to meet the needs of our customers locally and offer a better and more complete service, allowing, in turn, improve our structure and, consequently, increase our sales 6 a 23 million euros in five years. In addition, our integration into Arysta LifeScience has provided us with more professionalism and customer orientation as well as a strong commitment to products that guarantee zero waste, “said Javier Coronado, director of Arysta LifeScience in Spain and Portugal.

Development and internationalization of Seville company

Agriphar Group subsidiary in Spain and Portugal, Agriphar Iberia was founded in 2011 following the acquisition of Laboratorios Alcotán, which dates agrochemical company back to the 80s, stage of growth and consolidation in the sector Andalusian agrochemical. And as Agriphar Iberia, the company began its period national expansion with growth figures of 125% from 2011 to 2014, year in which their integration announced in PSP, starting to operate under Arysta LifeScience to early 2015.

Arysta LifeScience for Spain and Portugal remains the same venue earlier stages the town of Dos Hermanas (Sevilla), where it has its only production center in the Iberian Peninsula. At present, the company has thirty factory workers between staff and office in Spain and Portugal.

Arysta LifeScience is among the top 10 agrochemical companies in the world. His business is focused on the development, marketing and distribution of formulations innovative crop protection. 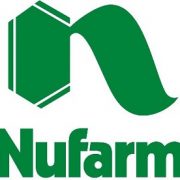 Published the new Maximum Residue Limit of Diclorprop P for citrus fruits, which is set at 0.3mg / kg 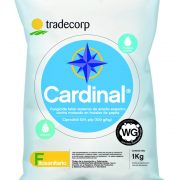 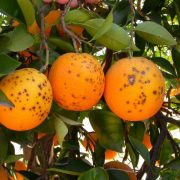 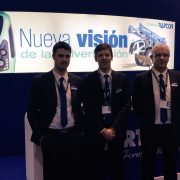