Alberto Garrocho, representative of the associated company Garrocho y Bogado, has been elected president of Freshuelva. Thus begins his fourth term at the head of the Association of Producers and Exporters of the Strawberry of Huelva, which arrived in 2009.

The reelection took place after the General Assembly of Associates appointed the members of the Freshuelva Board of Directors, in which the companies Fresón de Palos, Cuna de Platero, Grufesa, Bonafrú, Doñana 1998, Costa de Huelva, Condado repeat of Huelva, Freslucena, Agromartín and Frutas El Pinar. Garrocho y Bogado, Fruta de Andalucía and Fresgarrido are added to it, thus completing the 13 members of the Freshuelva management body. 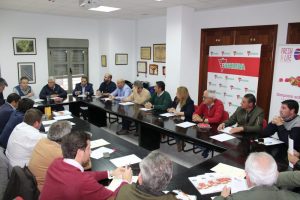 Mapa and CCAA begin the preparation of the Strategic Plan of the CAP post 2...
Scroll to top