Fendtgüinos fair has established itself as the reference field in Spain with more than 500 tractors and gathered around 4,500 visitors. It is deservedly the most popular fair in the country and the largest concentration of tractors Spain. This year was held in Banares, near Santo Domingo de la Calzada in La Rioja, on 10 September and was attended by almost 5,000 people, mostly farmers, 435 of them with their own tractor Fendt.

Alongside Fendt participated the most prestigious brands in the industry, chest out in the field with tractors know best take advantage. Many have already participated in previous editions and others have joined this year to be associated with the Fendt brand displayed at an event popularity among farmers that serves as a benchmark in the world of agricultural machinery and proven popularity among farmers. Agriculture Agromet Aguirre, Amazone, Asaja, Coag, Compo, Fella, Fertinagro, Gil, Hardi, Herculaneum, ICL, Industrias David, Interempresas, Kuhn, Lemken, Maschio Gaspardo, Michelin, Mitas, Omnistar, Ovlac, Professional Agro, Razol , Sapec, Lordship Villarrica, Sigfito, Terralia, Lands, Timac Agro, Topcon, Trelleborg, Upa, Rural Life, Vogel Noot and Würth enjoyed their own space in Fendtgüinos 2015.

Also this year has participated in Fendtgüinos a very special partner, the Food Bank of the Rioja, nonprofit trying to alleviate the food needs of the most disadvantaged organization. Food Bank of La Rioja and presented at the event Sigfito solidarity glass, a fully recyclable organic glass, which only euro entitled visitors to drink all you want at the event, and kept the field clear of debris. Thus, visitors will gladly collaborated with the Food Bank, bringing the gross income from the sale of these vessels to this organization so necessary in these times. Over 3,500 euros was raised in Fendtgüinos and will go directly to those who have nothing to eat.

And engaging further in social work, Fendt has not only thought about farmers in organizing Fendtgüinos also think about the future and therefore, Agricultural Editorial, took the event the project “Conocer la Agricultura” project sponsored by Fendt, through which aims to bring the agricultural world to children, to educate young people to respect agriculture, to know and appreciate the work of the farmer. In the central area of ​​the enclosure, an area dedicated to the smallest area made available to the farmers of the future memory games and giant goose, pedal tractors, hobbies and sweet, with which teach children the love of agriculture parents and everybody had a great time.

Fendtgüinos spent seven years traveling around the Spanish geography and surprises us every year its convening power, bringing in every issue hundreds and hundreds of tractors and thousands of visitors. In this edition, although it has surpassed the previous record of 798 Fendt who met in Lleida, more than 500 have come to meet in Banares, on the Camino de Santiago pilgrimage in particular.

But Fendtgüinos is not only a great concentration of tractors or a mammoth demonstrations in the field, is the celebration of agriculture and this year also comes attached to a series of parallel activities being to expand the Fendt experience.

The prestigious winery Manor Villarrica, for example, opened its doors to visitors for the day of the event and enjoyed a distinguished visiting the winery and taste their delicious wines; in the central ring, crazy bikes equipment RICIRCUS WILD RIDERS thrilled the audience with impressive jumps bike, impossible antics and much boldness; Kamikaze charanga put the partying, fun and musical point, touring the grounds and recalling the spirit of popular party Fendtgüinos; Fendt the balloon was working all day, offering stunning views of the area to anyone who wanted; Doctor classics and Vario and inseparable nurse, Fendtdeta, had fun with the audience and prescribed Fendt, the best remedy for the field you.

Minute by minute, tractor by tractor

The event began at 9:00 am, at which time dozens of tractors Fendt and crowded at the entrance, waiting patiently to begin the day. Quickly green farm Fendt was stained and thousands of visitors were recorded to get a welcome gift and enjoy a day of very particular field.

At 10:30 it was already everything ready for the opening in the intervening Iñigo Nagore Ferrer, Minister of Agriculture and Environment of the Government of La Rioja; Antonio Santiago Ortiz de Landazuri and Agustin Garcia Metola, mayors will bathe and Santo Domingo de la Calzada respectively; Jose Maria Daroca Rubio, president of the Regulatory Council of the DO La Rioja; Jose Manuel Pascual Salcedo, president of the Food Bank of La Rioja; Iñaki Olozaga, CEO of AGCO Iberia; and Jose Ramon Gonzalez, commercial director of Fendt Spain.

The opening led to the presentation of the full range Fendt. 75 tractors, 3 combines, balers and five brand new corn grinder Fendt Katana 65, paraded before the crowd wearing their superb specifications.

They stressed also the new Katana, the Fendt 300 series S4, the new compact tractor of between 95 and 130 hp, with a completely new design, with revolutionary much wider and greater visibility cab VisioPlus, with AGCO Power 4-cylinder generation meeting the requirements of Phase IV end, a new concept of half-frame construction with robust Fendt, which integrates front linkage, front suspension and connections to shovel. In short, a tractor completely renovated both its design and its management while retaining maneuverability characterizes Fendt 300 Series.

After the presentation began demonstrations in the sprawling grounds and proved everyone who wanted their favorite tools and impressive Fendt mounted implements. On the plot of agricultural machinery Angulo, the host dealer, the Fendt 200 Vario not stop work between vineyards throughout the day, showing its potential in a vineyard, La Rioja main crop.

There was food and drink for all the nearly 5,000 attendees satisfied their appetite with typical Potatoes Rioja and a delicious rice pudding in the area in a tent enabled 1,000 people or distributed by different parts of the farm, then return the field with more enthusiasm or grab deck and hit to try and ring the bell for a prize.

And with the gut and went full time professional shows. Considering where the event was held, he made Fendt Fendt 200 Vario the center of the show, being La Rioja wine zone and this ideal for growing grapes tractor. Fendt 211 P and showed us how it handles on steep slopes; 200 F Vario, the only Vineyard tractor transmission Vario market faced an old Fendt 200 F to show the advantages of transmission, ie, greater acceleration, your investment in high speed and the ability to lower the implement in race; Fendt 200 V and faced a BMW to demonstrate its ability to accelerate.

Fendt 514 also showed off power pulling a Ovlac implement 9 vertederas. A boy showed us the simple operation of the Fendt 313 pulling a rope. The Fendt 516 passed between bales to demonstrate homing accuracy. And the Fendt 826 with left VarioGrip highlight the advantages of the tractor when working in hard labor by adjusting the tire pressure.

And I finished the caravan show the classic customer with their tractors Fendt, of authentic Fendtgüinos, said goodbye and gave a magnificent closed picnic that will not be repeated until 2017 Fendtgüinos ¿… ?. 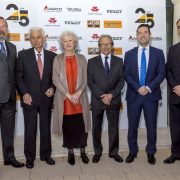 GEANCAR celebrates its 25th anniversary as a JCB distributor 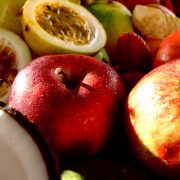 Ibero-American cooperation in food and nutrition 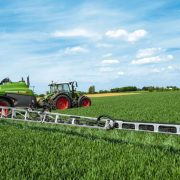 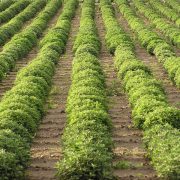 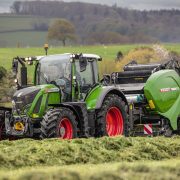 Carmen Quintanilla: “More and more women who want to engage in rural ...

BIG-DDB Latina, in charge of communication of Telepizza in Spain, Chile, Colombia,...
Scroll to top