Once again, and for the eleventh consecutive year, the Fertiberia Chair of Agro-environmental Studies celebrated its Seminar on Fertilization for sustainable agriculture, this year on “SECTOR OF FERTILIZERS, TRENDS OF THE FUTURE”. More than two hundred participants, among whom were representatives of MAPAMA, the Autonomous Communities, agricultural associations, farmers, researchers, students, university professors, etc., attended the meeting, which took place last Wednesday, April 18, in the Higher Technical School of Agronomic, Food and Biosystems Engineering of the Polytechnic University of Madrid.

The Act was inaugurated by Mr. Fernando Miranda, General Director of Productions and Agricultural Markets of MAPAMA, Mr. Luis Ricote, Director of ETSIAAB and Mr. Javier Goñi, President and CEO of Fertiberia, who reviewed the long and close collaboration Fertiberia with the academic world and the quality of the increasingly numerous activities carried out within the Fertiberia Chair.

Fernando Miranda, who also began the presentation session with his presentation on “THE REFORM OF THE PAC HORIZONTE 2020”, gave a series of guidelines on the general orientation of the new PAC, which has played a key role in the consolidation of the Single Market . It aims to make European agriculture more sustainable agriculture in terms of carbon sequestration by agricultural soils, biodiversity, soil conservation or water and air quality. He discussed the issue of direct payments, which will continue to be a central axis of the CAP and the new environmental architecture that it will adopt.

The seminar was devoted to the analysis of some of the factors that will condition the future of agriculture and industrial, agricultural and environmental activity.

The second presentation focused on the “EUROPEAN EMISSION CEILING DIRECTIVE. IMPLICATIONS IN SPAIN “, was given by Dª. Natalia Alonso, Chief of the MAPAMA Atmosphere Protection Area. It summarized the obligations set by the European Directive and the commitments adopted by Spain for the reduction of polluting emissions, taking into account the current situation. He mentioned the obligation to prepare a National Program for the Control of Atmospheric Pollution and the creation and maintenance of a network to control the effects of pollution on the ecosystem.

Carlos Martín, Researcher at Ciemat, showed a study based on “THE BALANCE OF NITROGEN AS A COMPLEMENT TO THE LIFE CYCLE ANALYSIS IN THE EVALUATION OF ENERGY CROPS”, motivated by the double need to fertilize to obtain satisfactory yields in the crops and to reduce the GHG emissions derived from this fertilization. In this study different doses of nitrogenous fertilization were applied to the rye destined to the electric generation and the savings in the different emissions in relation to the generation with natural gas were calculated.

Dª Ana Pilar Embid, member of the Agronomic Service of Fertiberia, established a series of guidelines on “GOOD PRACTICES IN THE USE OF FERTILIZERS”.

Embid explained the Principle of the 4R, promoter of good nutrient management, born with the aim of reducing environmental impact, increase production, save costs and maximize agricultural profitability. The knowledge of the needs of the crop and the dynamics of the nutrients applied in the soil, allows to cover extractions and mitigate the losses in susceptible elements of leaching. He argued that soil analysis and correct interpretation are essential for the proper management of fertilization. They also analyzed the forms of nitrogen in the soil, the risks of losses in each one of them and the uncontrollable factors that condition the efficiency of this nutrient.

The last paper, “PRACTICAL CASES OF FERTILIZATION AT VARIABLE DOSE BASED ON TELEDETECTION IMAGES”, was delivered by Mr. Horacio López, Head of the R & D Service of ITAP Albacete. It showed a methodology for the development of fertilization maps with variable doses for extensive crops, included in the FATIMA project (FArming Tools for external nutrient inputs and water management – H2020-SFS-2014-2). This is based on time series of satellite images and the farmer’s knowledge of soils and crops. He also spoke about the development of diagnostic tools using nitrogenous nutrition indexes that allow the monitoring of the crop in real time, making available to the farmer the possibility of reviewing the topdressing of their crops through maps. The presentation ended with the presentation of two case studies that show the modernization of the agricultural systems of Castilla-La Mancha.

The Conference was closed by the Director of the Fertiberia Chair of Agro-environmental Studies, Ms. Carmen Cartagena. 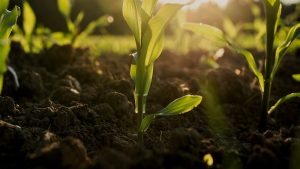 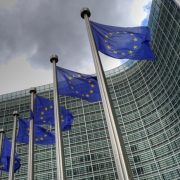 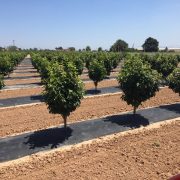 Innovation space unprecedented in the field of agrarian organizations european 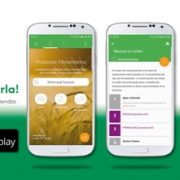 ADAMA launches an app that offers phytosanitary assistance to the farmer 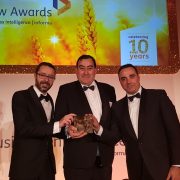 Fungisei, the biological fungicide of Seipasa, awarded the most innovative formula in the Agrow Awards 2017

The cultivation of citrus fruits, protagonist of the II course of specialization of the chair of FMC at the Polytechnic University of Cartagena 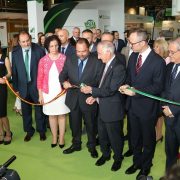 PRESTOP®, novelty of MASSÓ for the integrated control of diseases