The Spanish agri-food sector continues to pull strongly on exports from the Spanish economy, with an increase of 7% in 2017, reaching 47,236 million euros. One of the data that has been released during the course of the Conference, held on February 13th in Madrid by ESADE and the LAFER Foundation, The external agri-food sector in 2017: basic data, challenges and opportunities. Among the main conclusions of this debate is the fact that although our country continues to maintain its export strength, it still fails to create value. In fact, this issue together with the diversification of markets and digitalization are the main challenges facing the agri-food sector in the field of export.

If this upward trend continues, Spain would overtake France as an agri-food exporting country in 2021, according to Jaime Palafox, responsible for the LAFER Foundation and ESADE ‘Internationalization strategy in the agri-food sector’ program. In his presentation, Palafox has shared the data collected by the LAFER Foundation, based on the information provided by DataComex from the State Secretariat of Commerce, Ministry of Economy, Industry and Competitiveness. These highlight the strong momentum achieved by the sector: according to interannual data, as of November 2017, the Spanish agri-food sector reaches 47,236 million euros in exports. Likewise, Palafox has indicated that the trade balance shows “a positive balance of 11,368 million euros, when accounting for imports worth 35,868 million euros”.

In an analysis by sectors, according to the data compiled by the LAFER Foundation, olive oil is, for the first time, the most exported product

With an annual growth rate of 18% and a total of 3,727 million euros, this product is above pig meat, with 3,585 million euros (showing an increase of 15%). In third place, citrus fruits are the most demanded by foreign markets, with 3.167 million euros (with a slight fall of 2%). Other products that grow significantly are frozen fish and canned fish (with increases of 18% and 15%, respectively).

Regarding the markets of destination, the main one is still composed by the EU Member States (where France, Germany, Italy, Portugal and the United Kingdom stand out) 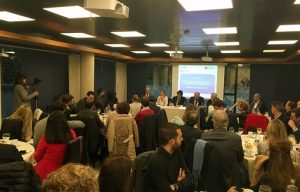 Moment of the day.

Also noteworthy is the good performance in other markets such as Morocco, Japan, Mexico and South Korea. Taking the data with a greater perspective (with an analysis of the evolution of the last five to ten years), the countries of East Asia and Southeast Asia, the Arab countries and Mexico are the most dynamic markets in their growth, with rates that They exceed 15%.

“Each country has its own peculiarities and complexities as a market. To go abroad is essential to have the training and the right tools to carry out a good strategy of market diversification, product differentiation and digitalization”, said Enrique Verdeguer, director of ESADE Madrid.

Despite the good global export figures, Jaime Palafox has warned that “the average prices of Spanish food are much lower than those of our competitors” and, in this regard, “there is a significant room for improvement“, he added. As an example of this, “wine is a fundamental case because of its emblematic nature and its influence in terms of image and, nevertheless, the average price of 1.2 euros of Spanish wine contrasts with the 5.7 euros of French wine , or 2.7 euros for Italian“, said Palafox.

In this sense, Gonzalo Machado, international director of Delaviuda Confectionery Group, commented, “the external consumer is not used to our products, therefore it is essential to invest in marketing initiatives that contribute to the better positioning of our products, test and think about a greater long-term added value”.

On the other hand, Rosa Vañó, founding partner of Canena Olive Juice, has also pointed out the importance of generating differential value in the products, since this creates preference of purchase sustained over time “. According to her, the best way to do it is through the endorsement [endorsement], that is, “that others are talking about the benefits of our products, through awards, certifications, rankings, or partnerships with renowned chefs”, has assured. “There is great aspirational value in Spanish gastronomy within the current panorama of international cuisine,” Vañó stressed, so “we are interested in taking advantage of the universality of the values ​​associated with our product, and not only restricting ourselves to the Spanish sphere”.

In turn, René Lemée, international director of Cinco Jotas-Grupo Osborne, has commented on the challenges of digitalization in foreign trade, as it often involves “interferences and wrong messages that we must control”. To address this, “we emphasize our own distribution, through our physical stores and associations with some very select distributors (Galeries Lafayette, Harrods or Palacio del Hierro), with luxury products, which serve as points of reference in the market”, he has indicated. “The physical store coexists with the online store. In each country we must have a different approach in terms of digital commerce. For example, in China, 50% of our sales are through e-commerce and social networks”, he concluded. 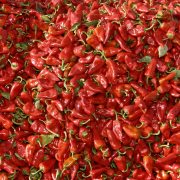 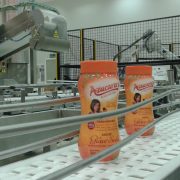 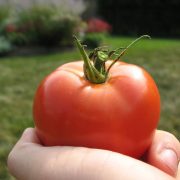 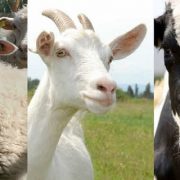 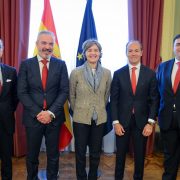 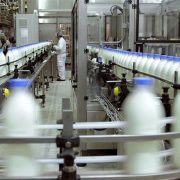 Spain: Price of cucumber, 50% below the cost of production

AVA-ASAJA denounces the passivity of the EU in the face of the proliferation...

Minsk®, Kenogard’s star herbicide, the most effective and long-lasting...
Scroll to top