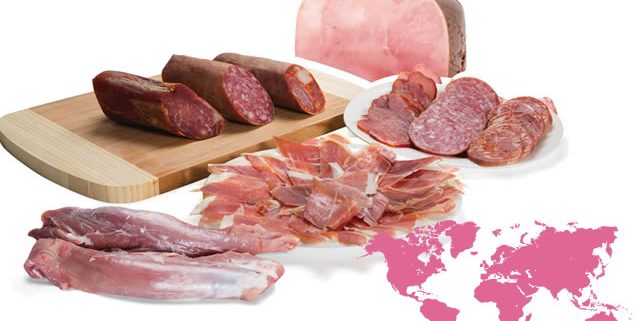 The food industry showed a surplus in the 2017 balance of trade of 12,061 million euros, of which 4,564 million euros correspond to the pig sector, which contributes almost 4 out of 10 euros -37.8% -, according to data from the AEAT and the Agrifood Foreign Trade Report published by the Ministry of Agriculture, Fisheries and Food.

The surplus reflected in the pork sector is due to the fact that the total imports (515 million euros) were absorbed by the 5,080 million euros, the result of more than 2 million tons exported, which represented a growth of 2% in volume and 13% in value. Among the pig products, meat stands out, whose positive trade balance in 2017 was 3,607 million euros. On the other hand, the rest of products -products, spoils, bacon, etc.- contributed with another 957 million in positive.

The data, according to the director of the Interprofessional of Porcino de Capa Blanca (INTERPORC), Alberto Herranz, “is a reflection that Spain not only sells more pig products in the world, but, more importantly, it sells at a higher price, thanks to factors such as quality, food safety and the implementation of the European production model, the most demanding in the world in terms of sustainability and animal welfare. ” Also, he added, the fact that the trade balance of the sector is positive “affects that those more than 4,500 million euros reach directly to our companies and livestock farmers, and especially to rural areas, which largely host the activity livestock and business sector of the Spanish pig sector, which becomes in this way an engine of the economy and employment of thousands of towns throughout the Spanish geography, which are concentrated in most of the more than 300,000 direct jobs generated by the Spanish pork sector and the more than 1 million indirect jobs that depend on its activity.

Food produced in Europe continues to be the safest

Imazalil 7.5 has MAPA authorization for use in Drencher
Scroll to top