With an increase in its production of 8%, UvasDoce comes the strong months for table grapes. A campaign in the midst of a health crisis but where the field sector, farmers and workers from the plant, in this case theirs, are demonstrating their commitment to society, putting on the table the importance of this economic activity. 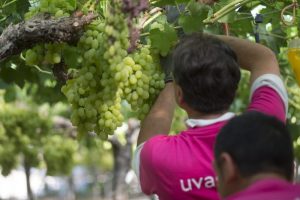 For UvasDoce, agricultural activity doesn’ t stop throughout the year. At the beginning of the year, when the national grape campaign ends, it begins with its import line, some 500,000 kilos that are added to the 4,000,000 kilos that this firm regularly markets. And in the middle of the import line came lockdown, the health crisis.

This situation, new for everyone, brought out the best in the agricultural sector, the committed and responsible character behind any agricultural activity, the awareness of knowing that they are a staple sector, because without them, there is no food. “The first weeks of confinement, our workers in the field and at the central, came to work with fear. Due to the many screens and security measures we took, the workers were afraid, and despite that, not one was missing from their position. And we have to thank him for that”, explains Miriam Cutillas, Commercial and Marketing Director at UvasDoce. “Because we can talk to customers, manage orders, but without the men and women who work at the plant and in the field, we would not have been able to continue”.

Now the situation is somewhat different, unfortunately not because the crisis has changed, but because we now know what we are facing. In UvasDoce they have materialized a very complete security protocol: bubble equipment, dining room extension, protective equipment. “Despite all our efforts, the uncertainty about what will happen is still there. However, this cannot stop strategic projects on which we’ve been working for many years”, adds the Commercial Director.

One of those projects has been the conversion of all its farms to seedless grapes. Of the 4,000,000 kilos that they produce in the Vinalopó valley, only 2% are grapes with seeds, Red Globe, the rest are new seedless varieties, red and white, among which the Candy stands out, grapes with a exceptional flavor. “Next year we’ll be the first entity in Spain to have the complete range of this type of grape, six in total, which will allow us to extend the marketing of this product for a longer time”, argues Cutillas.

Precisely in order to put these flavored grapes on the market in an attractive way, especially for the little ones, UvasDoce launched the Sweets of UvasDoce a few weeks ago. “We know that it is a difficult time for any launch, but we have to see it as a long-term project, which will allow us to gain visibility and positioning on the shelves for next year”, adds the Commercial and Marketing Director.

For this product, UvasDoce will use different varieties, always seedless, of medium size, and especially those that at each moment of the season stand out for their flavor.

The  sweets of UvasDoce are marketed in two formats, 200 and 250 grams, in a cardboard box with games and puzzles for the little ones, and in a plastic container for a client who has requested it, seeking to display the grape in full.

Regarding the development of the campaign, from UvasDoce they confirm the good start of the year during the months of July and August, where they have perceived a pace of entry into the Spanish shelves much faster and more agile than in previous years. “Spanish distribution is making a real commitment to local producers. While in other years it was difficult for us to enter during the summer because there were grapes from Egypt or Morocco, more and more people are interested in knowing when we can start supplying grapes. They recognize the value of the local, that is something that we also have to value”, points out Miriam Cutillas.

The irregular behavior of spring in terms of weather has caused the growth forecasts in UvasDoce of almost 25% to have been lowered to 8%. This year new farms have entered into production, hence the entity can maintain these forecasts of increased production and marketing. 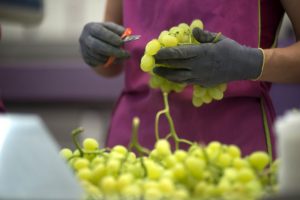 “We want people to have fun cooking and are fed healthy and flavorful”. Torres Bros. 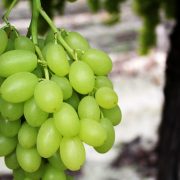 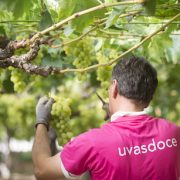 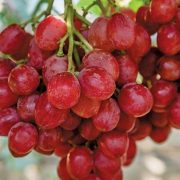