Spanish exports of pork to China have increased by 32.8% in the first two months of 2019, with a total of 80,776 tons, which has meant a turnover of more than 117.7 million euros, 34.5% % more than in the same period of the previous year, as reflected in the latest data from DATACOMEX prepared by the Interprofessional of the Porcino de Capa Blanca (INTERPORC).

The Chinese pig meat market is of great relevance worldwide, since it accounts for more than 50% of the total world pork consumption. It is also the first buyer in volume to Spain of meat and processed pork, with about 16% of sectoral exports, and the second if measured in value (9.7% of the sectoral total). 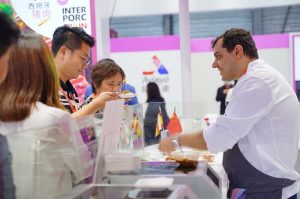 In this sense, INTERPORC includes various promotion actions in this country to promote the Spanish pig and facilitate trade between Spanish companies and Chinese importers and strengthen institutional relations between both countries.

Union of the pork sector to gain market share

Thus, on the evening of Tuesday, he celebrated the fifth edition of the ‘Spanish Pork Night’, a meeting between important and Chinese distributors, Spanish and Chinese authorities and specialized media, in which the Economic and Commercial Counselor of the Embassy of Spain in Shanghai, Alfonso Noriega, stressed the need for “the pig sector shows in China a joint image to continue and even gain more market share in this market.”

In parallel, this week is present, along with 16 Spanish companies at the fair ‘SIAL Shanghai’, one of the most outstanding events in the Asian country for distribution and the HORECA channel, where it has a stand in which develops an extensive program of activities such as daily show cookings with the best Spanish pork, by the hand of chef Roberto Terradillos, or tasting of cured ham made by the master cutter, Sergio Bellido. 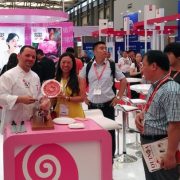 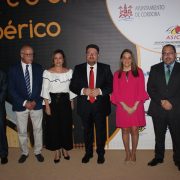