The White Coat Swine Interprofessional (INTERPORC) has taken a new step in the promotion of Spanish white pig products in China, where it has first brought bone-ham, whose importation has recently been approved by Beijing.

Until last October, only boneless hams from Spain could enter China, since, although the authorization protocol was signed a year ago, during the visit of the Chinese president, Xi Jinping, to Spain, it has not been until early October when the procedures necessary for export have been completed. The new protocol also eliminates the requirement of a minimum cure of 313 days, which also allows the arrival of other products such as chorizo, loin or sausage.

INTERPORC has taken advantage of this new opportunity for Spanish meat companies to carry out various promotional actions. He has done so during his participation this week at the China International Import Exhibition (CIIE), where he has for the first time made demonstrations of cut to ham with bone, by the hand of Juan Carlos Garrido, winner of the INTERPORC SPAIN International Ham Cutters Contest 2018.

CIIE has been the starting point for the promotion of these products in the Asian country, since from now on INTERPORC will incorporate them into its plan of actions in China to achieve the good reception that others already have, such as hams and cured shoulders , in which Spain is the first supplier.

It should be remembered that China’s purchases represent about 25% of world imports of meat and processed pork, hence the importance of this market as a destination for meat and products of Spanish white pig, in which our country already It is the first supplier of fresh, chilled or frozen pork and the fourth of pork offal. 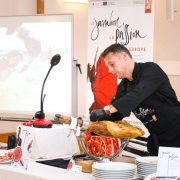 The Iberian Ham, the “delicatessen” that conquers France 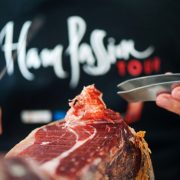 Ibérico ham and celluloid have much to cut 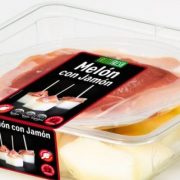 “Today, biostimulants are key to achieving maximum quality and produc...
Scroll to top