Minister Luis Planas took part this Wednesday in the inauguration of the XIX edition of the International Fair of Olive Oil and Related Industries, “Expoliva 2019”, which takes place in Jaén from May 15 to 18.

He stressed that Spain is the world’s leading exporter, with estimates for this year that could reach the record of 1.2 million tons, in a campaign in which the production will be around 1.79 million tons of oil, the 42% more than the previous one, which will account for 56% of world production.

“We are leaders in marketing, we are also the reference in quality”, highlighted Planas, who has encouraged the sector to continue on that path so that “our oils are preferred in international markets.”

The minister considers it essential that Spanish oils bet on quality. Proof of this are the 29 existing protected designations of origin and an ecological production surface of almost 200,000 hectares, the largest in the world.

He also stressed that the sector’s strategy should focus on commercial promotion, organization and product quality.

Planas has offered the collaboration and commitment of the Ministry to work in the greater internationalization of the sector and in the design of strategies to gain and consolidate market share. For this, the minister has stressed the importance of making known in non-traditional countries the benefits of olive oil and encourage their consumption.

Among these countries, the minister has cited China as one of the countries with the greatest growth potential, as well as Japan, India, Indonesia and Taiwan. For this, trade agreements represent a great opportunity to increase exports.

In addition, collaboration between administrations and the sector will make it possible to take better advantage of opportunities and boost internationalization, through commercial promotion, training, investment and business cooperation.

The minister recalled that Spain is a leader in the area of ​​olive groves in the world, with 2.7 million hectares.

The olive growing, present in 13 autonomous communities, not only has great economic and social value for the producing areas, but is part of the history, gastronomy, landscape and culture of Spain.

From the social point of view, the olive grove generates around 32 million wages, which generates territorial cohesion and helps to slow down depopulation. In particular, the minister has emphasized the need to increase the presence of young people and women at the head of professionalized olive farms and in decision-making positions, in order to maintain territorial balance for the future.

Planas has also participated in the XIX Scientific-Technical Symposium, a high level meeting on research, development and innovation applied to the olive grove that takes place in the Expoliva 2019 framework.

The minister has stressed the importance of research to produce more and better, in a sustainable manner, and thus increase and improve the presence of olive oil in international markets.

In this sense, Planas has highlighted the value of scientific contributions to produce with a more efficient use of natural resources, lower costs, smart systems and applying circular economy criteria, while maintaining recognized quality standards and attributes. healthy olive oil. 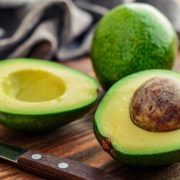 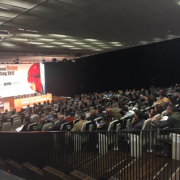 The first day of IOM 2017 revolved around new markets, varieties, distribution and marketing

Consolida2 Plan for improving the internationalization of Spanish SMEs 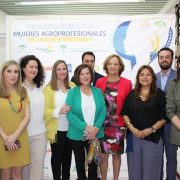 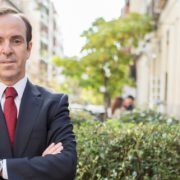 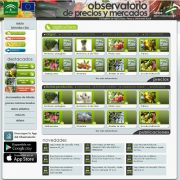 The growth of pork exports to China continues

The unstoppable progress of organic farming
Scroll to top