Nadorcott is the winning choice. An exceptional and incomparable late season mandarin. At the Protected Varieties Club, we are concerned about guaranteeing the satisfaction of our growers and associates and we take to the streets to ask them.

The testimonials of these growers and marketers speak for themselves. In the meantime, we would like to share some of the reasons that our players highlight as extraordinary values and that confirm that, year after year, Nadorcott is a profitable and pleasing mandarin.

From the grower’s point of view, the first aspect to highlight is the climate. “The climate we have in Spain is, we believe, optimal for producing Nadorcott for two reasons, the main one being the temperature differential between night and day, which makes the sugar-acidity ratio possible and Europe likes that acid touch.

In addition, this climate also allows the color to be that pleasant reddish color. A very intense red and an exceptional organoleptic quality.

Nadorcott yields much more than other varieties, it is very vigorous and has a production capacity that no other variety has. It is also a very easy to grow variety, withstands cold, heat and extremes and works in almost any climate, even extreme.

Producing Nadorcott has marked a turning point for us, it has given us back the illusion of agriculture, we know that we are going to sell and sell well. That is very important. It is worth every penny invested in it, more than worth it”.

If we move on to the commercial testimonials, the advantages are also stated under the following reasoning.

Nadorcott has a very long sales period, it may be the mandarin with the longest sales period, it goes from January to April, although volumes run out earlier. In fact, if there were more volumes it could, in some areas, be extended until May. At the organoleptic level, it is a very homogeneous fruit and, in addition, it has a very important amount of juice, which makes you have an explosion of flavor in your mouth.

It is very important, as we have already mentioned, the balance between sugar and acidity, the acidity makes that this fruit is not water with sugar, giving a very good balance to the citrus”.

Value, quality, profitability and enthusiasm, that is Nadorcott, the best choice. 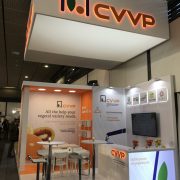 “At BASF we want to help farmers to be more sustainable, environmentally...
Scroll to top