The European Commissioner for Agriculture and Rural Development, Phil Hogan, showed Thursday his “concern” about the citrus prices crisis and said that in his visit to Valencia he will ask the sector to send to Brussels “evidence” of the supposed impact of the trade agreements with third countries.

While the sector blames commercial agreements, such as those existing with South Africa, according to the European Commission, the difficulties of the current campaign are due to a combination of multiple factors, especially related to production conditions.

Hogan meets in Valencia with representatives of citrus and rice producers.

“I am looking forward to visiting Valencia and meeting personally with the producers, there has been a lot of interaction and follow-up with the European Commission in recent months, there have been claims (…) about the impact on prices of trade agreements and the high level of pesticides in some of the imported products .. On pesticides, we have asked for the proofs (…) and we have not received anything, “said Hogan.

The commissioner stressed that Brussels “understands” the sector’s concern over the agreements, but assures that the figures that Brussels handles indicate a fall in imports from most third countries.

For example, he mentioned the case of South Africa, where between October 16 and November 30, imports were 49% lower than in 2017 and only accounted for 2% of the annual total.

As for Morocco, imports of oranges were 27% lower in 2018 than in 2017, Hogan said. For the Commissioner, they are receiving “mixed messages” and you have to find out “the reasons” behind the low prices.

Regarding the possibility of implementing the safeguard clause envisaged in the EU for these situations, the commissioner said that “it can always be considered”, but for this it is necessary to “have the data and evidence” that are given the circumstances to activate it and insisted that to this day Brussels “has not received them”.

“I understand that Valencia has many small producers and only 34% are in producer organizations,” said the commissioner, adding that in Valencia he will explain to the sector the importance of joining organizations to increase their contractual power vis-à-vis other stakeholders in the sector. food chain.

The holder of Agriculture of the European Commission reviewed the situation of other key sectors for Spanish agriculture, such as rice, olive oil or table olives. Thus, Brussels announced last January the reintroduction of tariffs on rice from Cambodia and Burma, after an investigation that concluded that the increase in imports from these countries was harming European producers, mainly Spanish and Italian.

“We acted when there was evidence that there was a problem with rice imports from Cambodia and Burma,” Hogan said, adding that at the moment “prices are rising” and there is a “balance in the market.”

The European Commission last January brought before the World Trade Organization (WTO) the tariff increase of up to 34.75% imposed by the United States on imports of Spanish table black olive, to try to prove its illegality.

Hogan explained that “there is a process that must be followed,” which will lead to the opening of a panel and legal action if the United States “refuses to change its mind” on this point.

As for the US threat to apply other tariffs to European wine, cheese or citrus if the EU does not withdraw its subsidies to Airbus, the commissioner said he is confident that Washington will realize that “a tariff war is not it interests neither of the two parties. ”

He warned, however, that the EU “is not going to be intimidated” and that it will also apply tariffs against the US if the country “follows that particular strategy”.

At the time, he hoped that the commercial tensions between “Washington and the rest of the world” would be reduced, something to which he thought that an eventual agreement to end the tariffs, in which the US and China work “intensely”, could help. ”

In recent months the Ministry of Agriculture of Spain has addressed with Brussels the price crisis that is dragging the olive sector and affecting in particular the Spanish producers. “Our latest information indicates that prices are rising, there has been a significant change in the situation of the markets in recent weeks,” said Hogan, who attributed it mainly to the increase in exports.

The commissioner said that in his visit to Spain will ask if the change of trend on oil “occurs throughout Spain” or only in some regions. 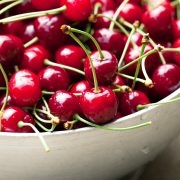 Chile, the main supplier of fresh fruit from China